In recent years, laboratories have been investigating new alternatives to eliminate or avoid animal testing of cosmetic and medical products. 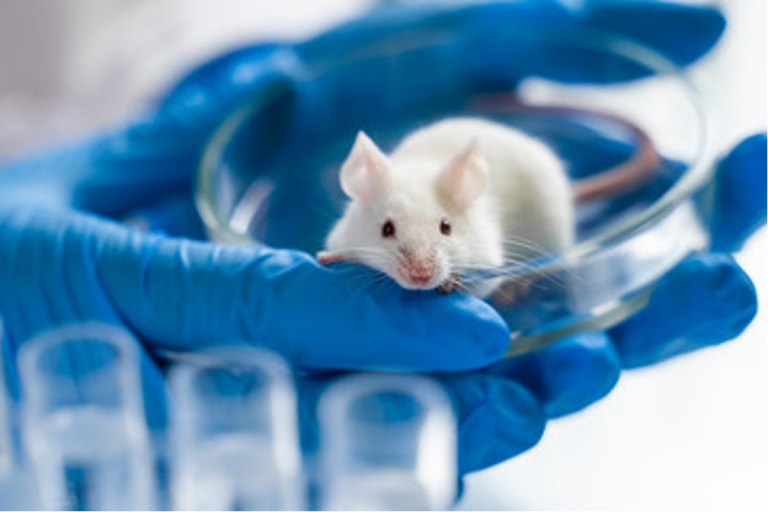 The use of animals in biological research has played a vital role in the development of science and contributed to facilitating the knowledge and treatment of human diseases.

It can be affirmed that an important part of the medical progress that has produced decisive and positive changes in the quality of life around the world is due to the use of animals in experimentation.

It is estimated that more than 100 million animals are used as tools for biomedical research and in industry tests for human consumption. In all these procedures the animal suffers significantly and most of them end up dying.

The growth of the use of laboratory or experimental animals produced the awakening of an ethical behavior: how necessary is this practice and how much harm and suffering the human can subject the animal in search of an experimental result.

It was the recognition of the animal’s suffering and the desire to free it from that pain, along with these difficulties that testing in non-human species entails; which generated the initiative to look for more effective alternative techniques that do not involve the use of animals.

This ethical approach grew strongly in the United Kingdom and led to a study by Doctors WMS Russell and RL Burch who published their conclusions in 1959. From this book the concept of the 3 Rs (Replacement, Reduction, Refinement) was born, which constitutes the ethical framework for animal experimentation.

In the field of development of cosmetic and pharmaceutical products, great interest and treatment has been put into the development of replacement methods for the study of the absorption of the active principle.

What is the normative and regulatory situation in Latin America and the European Union?

Measures taken by the European Union contributed to reducing animal testing in industry and encouraged the search for alternative techniques. Some of these were the abolition of animal testing in the cosmetics industry throughout its territory in 2009, followed by the ban on the entry and use of proven raw materials in countries that allow such experimentation, in 2013.

In line with these initiatives, in 2015, the Brazilian regulatory body, ANVISA, issued a resolution that gave priority to 17 alternative methods over methods that use animals for product safety evaluation. In this way, Brazil was at the forefront of this trend in the Latin American region.

In 2020, Colombia, as well as Mexico in 2021, established that cosmetic research may not include tests on animals and that cosmetic products may not be manufactured, imported, or commercialized when their final formulation has been tested on animals or when it contains products that do so. have been.

The search for alternatives in cosmetics

According to the Cosmetics Regulation (European Commission), it is prohibited in the European Union to market any cosmetic product that has been tested on animals. This means that the cosmetic industry must have alternative approaches available to testing the safety of ingredients in consumer products.

The eye irritation study is one of the most classic tests performed on animals, usually rabbits, and is used to evaluate cosmetics and cosmetic ingredients. This method is highly controversial and hence the effort to develop alternative methods.

An alternative method is the use of a reconstructed human corneal-like epithelium (RhCE), which closely mimics the histological, morphological, biochemical and physiological properties of the human corneal epithelium. It is described as an in vitro procedure that allows the identification of chemicals that do not irritate or damage the eye.

Over time, more alternative methods were developed, but, until now, none have been able to completely replace testing in rabbits; since these in vitro methods are related to a specific point in eye irritation and only provide partial information on the effect that the tested material generates in the eye.

The growing interest in transdermal drugs has led to the development of new procedures for the evaluation of local toxicity and transdermal permeation of these products.

Ideally, testing of topical delivery systems should be performed in vivo.

However, it is often impossible, especially in development stages, when the toxicity or irritability of new drugs is not documented. This is why in vitro tests became an important topic in this field.

The skin can be defined as an organ made up of two layers of different structure and function. The epidermis, an outer layer lacking blood supply, is made up of the stratum corneum formed by dead cells submerged in lipids that constitute the main protective barrier. The deepest portion of the skin, the dermis, is a highly vascularized and innervated region that contains the different structures that characterize the skin: hair follicles, sweat glands, sebaceous and lymphatic glands. This complex structure makes it difficult to copy experimentally.

Laboratory tests require a membrane that mimics the function of the stratum corneum. To this end, different types of membranes, both biological and synthetic, that could be of potential use for in vitro tests were investigated.

Several animal models have been investigated for their usefulness in predicting percutaneous absorption kinetics. Animal skin differs from human skin in aspects such as its thickness, in the biochemical composition of the stratum corneum and, especially, in the density of hair follicles and glands.

What is the future of this search?

Currently, many countries are joining the acceptance and compliance of the 3Rs (Replacement, Reduction, Refinement), sanctioning regulatory measures.

The combination of “in silico” studies with the use of artificial membranes for toxicity and permeability studies could provide the necessary tools to obtain a methodology that does not require laboratory animals.